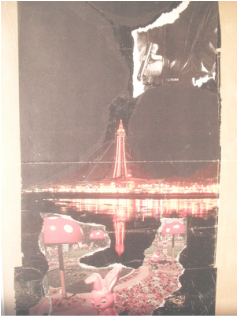 Pitch: LEON meets THE USUAL SUPSECTS in THE MATRIX


Logline: A hitman assigned to take out a senior politician during party conference at the seaside gets diverted by the pleasure dome's treacherous allure and the disarming siren calls of domesticity. But they prove life-threatening to him.

Theme: A story about our desire for empowerment in a world in which we have very little influence.

But who's the femme fatale here: is it the young truant who unwittingly befriends him? Is it the photojournalist, who's trying to dish some dirt on the government, whom he takes up with? Or is it the crumbling beauty that is Blackpool herself?

Tagline: 'Who doesn't need a break?'