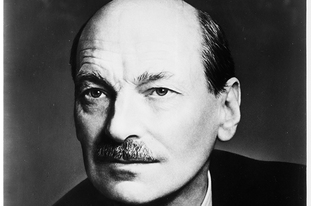 Logline:
A shy ordinary Joe wants to actualise his vision of a better, fairer world, but must confront major resistance to the idea from the Establishment.
​
Pitch:
The story of Clement Attlee (recently polled as Britain's greatest PM) during his vital years after WWII when - despite formidable resistance from his wife, the status quo and Winston Churchill - he spearheaded Britain's transformation into an egalitarian society.

Working tagline:
'From the expected comes the unexpected.'

Prospective audience:
Royalty and period sell, but here with added appeal to a segment that's
pissed-off with a political system that will not change.