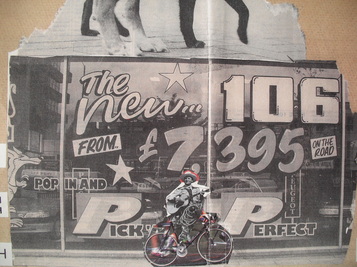 Logline: A redundant middle-class Englishman competes with his family to employ the Old West’s pioneer spirit to establish a new set of values beyond the status quo.


'Once Upon A Time in The West' meets 'The Royal Tenenbaums' in a quirky contemporary English Western about a warring oddball family.


Tagline: 'Who doesn't want to do things differently?'

Shortlisted as a six-part TV drama for C4’s PILOT scheme, with
potential for sequels and/or a second series.

Target audience: those disaffected with 'the system'